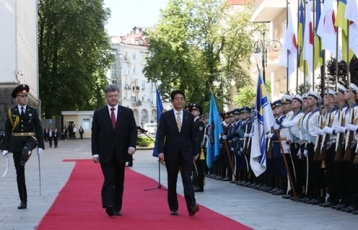 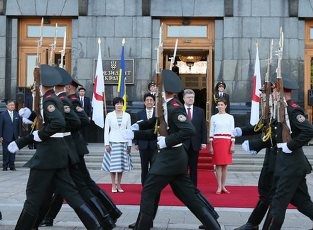 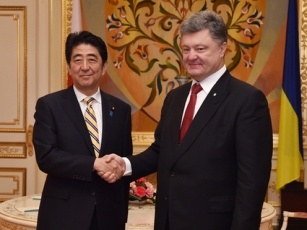 (Photo: Cabinet Public Relations Office)
Prime Minister Abe made an official visit to Ukraine from late night on June 5 (Fri.) to June 6 (Sat.). An overview of the outcomes of the visit is as follows: 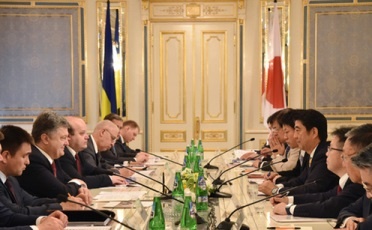 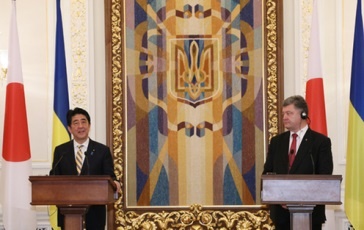 On June 6 (Sat.), for approximately 90 minutes from 10:15 a.m. to 11:50 a.m. (a small group meeting was held for the first 35 minutes), Prime Minister Abe held a meeting with Mr. Petro Poroshenko, President of Ukraine, at the Office of the President of Ukraine. An overview of the meeting is as follows: (From the Ukrainian side, Mr. Pavlo Klimkin, Minister for Foreign Affairs of Ukraine, and others attended the meeting. From the Japanese side, Mr. Hiroshige Seko, Deputy Chief Cabinet Secretary, and others attended the meeting.)

A. Opening of the meeting

B. Situation in Ukraine and Russia

C. Internal reforms in Ukraine and assistance from Japan

Prime Minister Abe pointed out that for Ukraine to become a resilient and sustainable country, bold and comprehensive reform would be essential, and pledged to continue to steadily provide wide-ranging support in fields such as the economy, finance, judicial matters, governance reform and energy, as long as Ukraine continued its reforms. In response to this, President Poroshenko expressed his strong intention to implement internal reforms and once again expressed his gratitude for the assistance from Japan.

B. Internal reforms in Ukraine and assistance from Japan

D. Cooperation in the field of energy

E. Cooperation in other fields 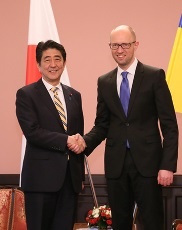 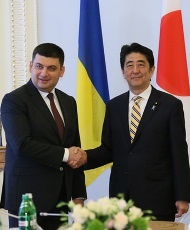 During his visit, Prime Minister Abe held meetings with Prime Minister Arseniy Yatsenyuk and Mr. Hroysman, Chairperson of the Verkhovna Rada; offered a floral tribute at the Tomb of the Unknown Soldier; made an offering at the Memorial in Commemoration of Famine’s Victims in Ukraine; paid a floral tribute to the cenotaph for the victims of “Maidan”; attended a military parade; and observed the hybrid vehicles used by traffic police. 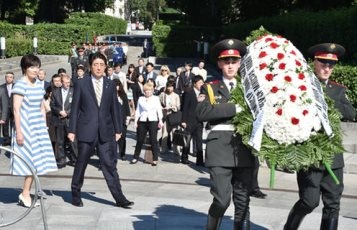 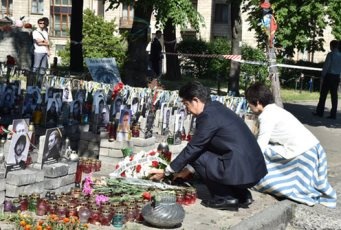 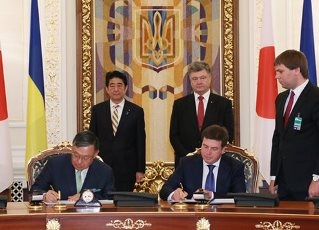 A yen loan project to Ukraine (a maximum of approximately JPY 108.1 billion). This project aims to renovate (new construction and renovation of the sewage-sludge treatment facility, introduction of a sludge incinerator, etc.) the Bortnychi Sewage Treatment Plant, which is located in Kiev, the capital city, and has deteriorated significantly, for the purpose of improving sewage disposal, thereby contributing to the improvement of the sanitary conditions and residential environment of the citizens of Kiev.