Meeting between Foreign Minister MOTEGI and President Osmani of Kosovo 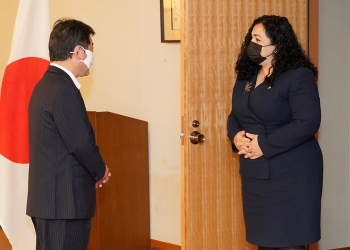 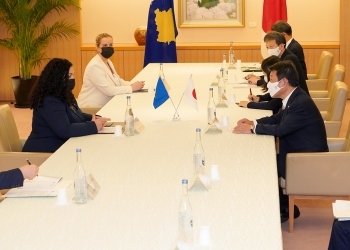 On July 23, commencing at 4:35 p.m. for approximately 15 minutes, Mr. MOTEGI Toshimitsu, Minister for Foreign Affairs of Japan, held a meeting with H.E. Dr. Vjosa Osmani-Sadriu, President of the Republic of Kosovo, who was visiting Japan to attend the opening ceremony of the Tokyo Olympic Games. The overview of the meeting is as follows.