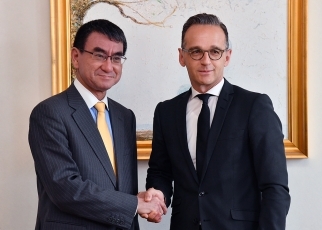 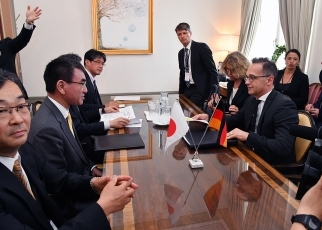 On June 11, commencing at 12:35 p.m. (local time; 7:35 p.m., Japan time) for approximately 20 minutes, Mr. Taro Kono, Minister for Foreign Affairs of Japan, who was visiting Sweden to attend the “Stockholm Ministerial Meeting on Nuclear Disarmament and the Non-Proliferation Treaty”, held a meeting with H.E. Mr. Heiko Maas, Federal Minister for Foreign Affairs of the Federal Republic of Germany. The overview of the meeting is as follows.

1. Minister Kono expressed his concern on the recent rising tensions in the Middle East, and exchanged views regarding the regional situation, including Iran, with Minister Maas, who visited Iran on June 10.

2. At the meeting, Minister Maas outlined his visit to Iran, followed by the exchange of views between the two ministers.