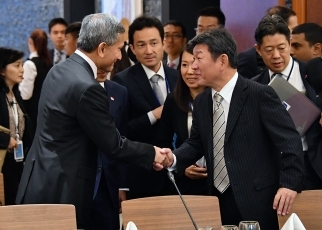 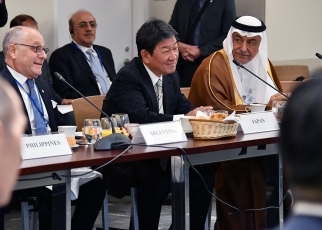 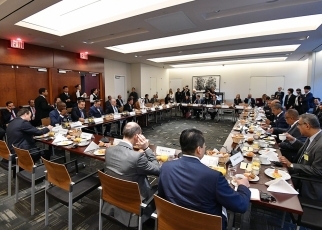 Mr. MOTEGI Toshimitsu, briefed the participants on the major outcomes of the G20 Osaka Summit, such as “the G20 Principles on Quality Infrastructure Investment”, the “Osaka Track” which intends to promote international rule-making for the data governance, including the discussions of electronic commerce at the WTO, as well as the “Osaka Blue Ocean Vision” which aims at reducing additional pollution by marine plastic litter to zero by 2050. Many participants highly valued the Japan’s contributions and expressed their support to advance those initiatives with the G20. They renewed their commitment to further enhancing dialogue and cooperation between the G20 and the UN with a view to maintaining the sustainable economic growth and effectively addressing a variety of global issues.

(Reference) Japan assumes the G20 presidency from December 2018 through the end of November 2019. Prime Minister ABE Shinzo hosted the G20 Summit in Osaka on June 28 and 29 this year, and Minister MOTEGI will host The G20 Aichi-Nagoya Foreign Ministers’ Meeting on November 22 and 23. Press Statement by the 3G on its 12th Ministerial Meeting in New York on 25 September 2019 (Singapore’s Ministry of Foreign Affairs site