The 7th Japan-Netherlands Joint Committee on Science and Technology Cooperation 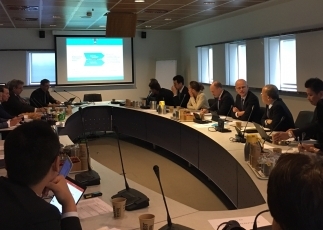 The 7th Japan-Netherlands Joint Committee Meeting on Science and Technology Cooperation was held on July 3rd in The Hague.

The Joint Committee Meeting was co-chaired by H.E. Mr. Takeshi Nakane, Ambassador for Science and Technology Cooperation of the Ministry of Foreign Affairs of Japan and Mr. Michiel Sweers, Deputy Director General for Enterprises and Innovation and Director Innovation and Knowledge of the Ministry of Economic Affairs and Climate Policy (EZK) of the Netherlands. Attendees included a range of representatives from the relevant ministries and institutions of both countries as well as from the Embassy of the Netherlands in Japan.

During the meeting, both sides exchanged views on the recent developments of national science technology and innovation policies and the current situation of bilateral cooperation. The committee also discussed the situation of cooperation activities and future prospects in specific areas (nanotechnology, quantum technology, hydrogen and energy, satellite 5G, as well as HTCE-AIST partnership).

It was proposed to hold the next Joint Committee meeting in Japan; the specific date of the meeting will be determined through diplomatic channels.