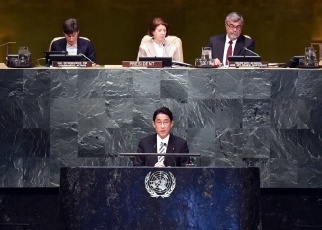 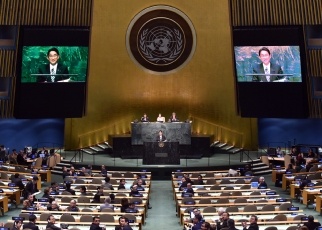 1. At April 28 at 4:00 a.m. (April 27, 3:00 p.m., New York time), Mr. Fumio Kishida, Minister for Foreign Affairs, attended the 2015 Review Conference for the Treaty on the Non-Proliferation of Nuclear Weapons (NPT) at the United Nations Headquarters, and gave a general statement (English (PDF)

3. In addition, on the same day Minister Kishida attended the Hiroshima-Nagasaki Appeal Assembly, which was held by the Mayors for Peace, he expressed again his determination and responsibility for conveying the tragedies of use of nuclear weapons across generations and borders.

Page Top
Back to Disarmament and Non-Proliferation, Peaceful Uses of Nuclear Technology