From July 31st to August 1st, Prime Minister KISHIDA Fumio made a visit to the United States, and attended the Tenth Review Conference of the Parties to the Treaty on the Non-Proliferation of Nuclear Weapons (NPT) as the first Japanese prime minister to attend a NPT Review Conference. (All events below took place on August 1.)

1 Speech at the General Debate 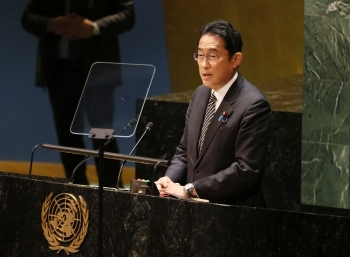 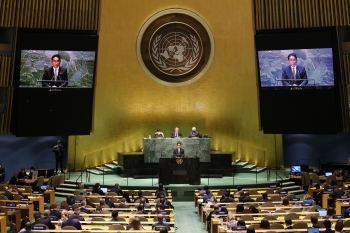 At the outset, Prime Minister Kishida underlined the current situation, within which the international community has become even more divided over how to advance nuclear disarmament. Recognizing that the path towards a world without nuclear weapons has become even more severe, the Prime Minister stressed that maintaining and strengthening the NPT regime is in the interest of the entire international community. The Prime Minister called upon the States Parties to cooperate in the interest of our common goal, and expressed Japan’s determination to firmly uphold the NPT as its guardian along with other States Parties.

As the first step of a realistic road map which would take us from “the reality” of the harsh security environment to the “ideal” of a world without nuclear weapons, Prime Minister Kishida stressed that Japan would simultaneously engage in nuclear risk reduction and working on the “Hiroshima Action Plan” which is rooted in the following five actions; (1) a shared recognition on the importance of continuing the record of non-use of nuclear weapons, (2) enhancing transparency, (3)maintaining the decreasing trend of the global nuclear stockpile, (4)securing nuclear non-proliferation and promoting the peaceful uses of nuclear energy, and (5) encouraging visits to the affected communities by international leaders and others.

Furthermore, in his speech, Prime Minister Kishida announced the following; (1) Convening a meeting of the CTBT Friends at the leader’s level during the UN General Assembly in September, (2) Setting up a “Youth Leader Fund for a world without nuclear weapons,” through making a contribution of ten million dollars to the UN, and (3) Holding the first meeting of the new “International Group of Eminent Persons” on November 23rd in Hiroshima.
Lastly, while touching upon the story of Ms. SASAKI Sadako’s paper crane, Prime Minister Kishida expressed his resolve to make steps towards a world without nuclear weapons. /p> 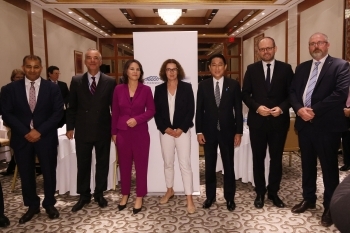 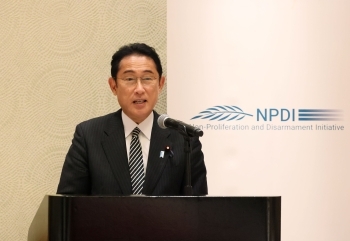 Prime Minister Kishida attended the 11th High-Level Meeting of the NPDI and delivered the opening remarks in the beginning of the meeting. (Photo: Cabinet Public Affairs Office)

Prime Minister Kishida attended the 11th High-Level Meeting of the NPDI and delivered the opening remarks in the beginning of the meeting. He stressed Japan’s strong commitment to the NPDI which was established in 2010 by the initiative of Japan and Australia, and called upon the member states to promote and strengthen the NPDI’s realistic and practical efforts including the enhancement of the transparency of nuclear weapons. 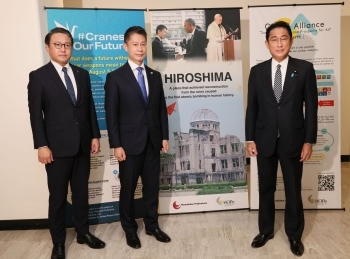