Please also note that former surname, alternative surname and/or alternative given name may appear in the visual inspection zone (VIZ) only. They are not indicated in the machine readable zone (MRZ) and not recorded in the IC chip of the ePassport.

As the Japanese nationality and status of the passport bearer is confirmed through collating the formal surname and the formal given name with the family register by the Japanese authorities, the Minister for Foreign Affairs of Japan requests all those whom it may concern to allow the bearer, a Japanese national, to pass freely and without hindrance and, in case of need, to afford him or her every possible aid and protection.

Please inquire, if necessary, at the Passport Division, Ministry of Foreign Affairs of Japan for detailed information.

[Ministry of Foreign Affairs of Japan]

[Note] Japan’s family register (“Koseki”) is an official document that records and certifies the identity and family relationships of Japanese nationals on the basis of Family Registration Act. 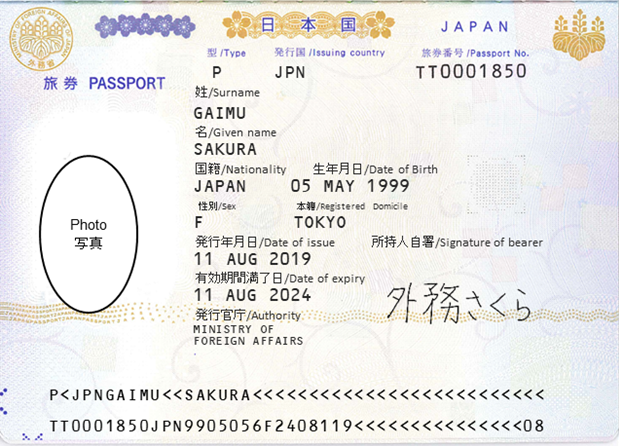 【Reference 2】Image of Japanese passports indicated with the former surname 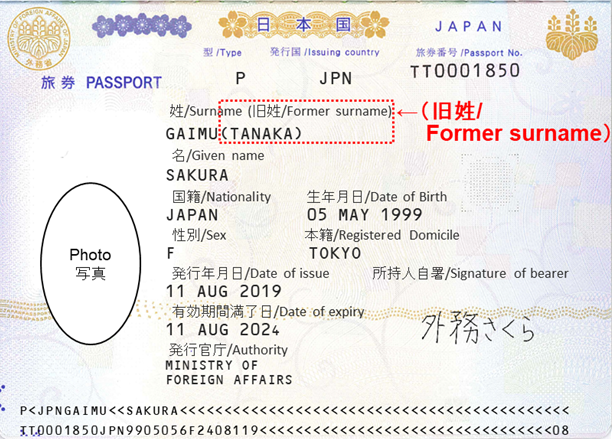 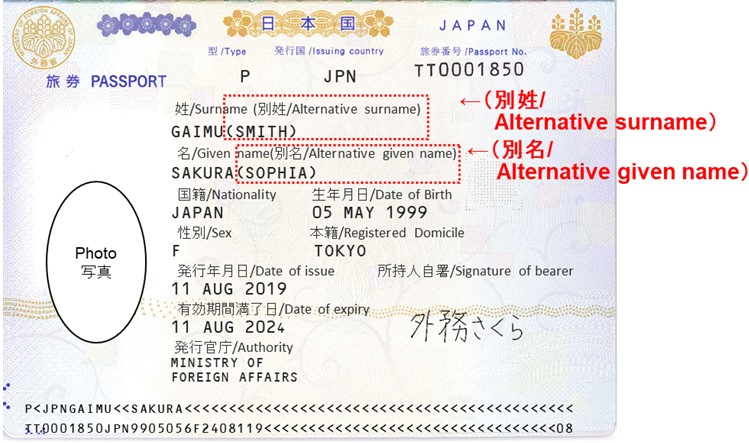 Page Top
Back to Consular Services