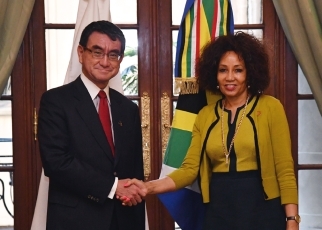 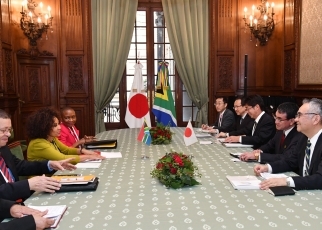 On May 21, commencing at local time around 2:55 p.m. (May 22 at around 2:55 a.m. Japan time), for approximately 20 minutes, Mr. Taro Kono, Minister for Foreign Affairs, who was visiting Buenos Aires to attend the G20 Meeting of Foreign Affairs Ministers, held a bilateral meeting with Hon. Lindiwe Nonceba Sisulu, Minister of International relations and Cooperation of the Republic of South Africa. The overview is as follows.