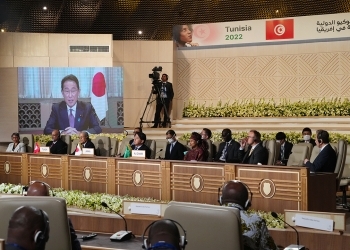 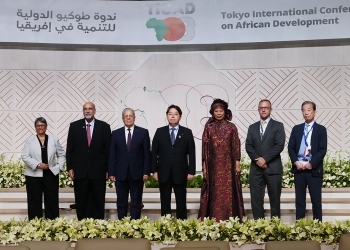 On the occasion of the Fourth Hideyo Noguchi Africa Prize Award Ceremony, I would like to extend my heartfelt congratulations to Dr. Salim S. Abdool Karim and Dr. Quarraisha Abdool Karim, and Mr. Adam Weiss, Director of Carter Center, who is representing the Guinea Worm Eradication Program.

It is very disappointing that I am not able to attend the ceremony in person to directly convey the message of congratulations. However, today, more than ever, we reaffirm the importance of the Hideyo Noguchi Africa Prize. Given that COVID-19 remains to be an issue, with its impact still being felt around the world, sustained efforts to enhance the global health architecture are needed.

This is why I would like to commend the people who have devoted themselves to medical researches and services in Africa just as Dr. Noguchi once moved to Africa in his efforts to save the people who were suffering from yellow fever. I would like to improve health and welfare of Africa, and thus of all humankind. To this end, the Hideyo Noguchi Africa Prize serves an important role.

In addition to their global contribution to improving HIV/AIDS prevention and treatment, Dr. Salim S. Abdool Karim and Dr. Quarraisha Abdool Karim have greatly contributed to training African researchers and leading the COVID-19 response in Africa. The Guinea Worm Eradication Program, through a global campaign led by The Carter Center and in collaboration with stakeholders in Africa, nearly achieved the eradication of Guinea worm disease.

Either of the laureates embodies the fortitude demonstrated by the predecessors.


Former Prime Minister Abe, who delivered his remarks at the last Award Ceremony, wished that the spirit of Dr. Noguchi would widely spread throughout the world, and that the international community would further devote attention and resources to medical researches and health challenges in Africa.

Following the aspirations of former Prime Minister Abe, I, as the G7 Chair next year, will do my utmost in the global fight against COVID-19, which poses a threat to human security, based on the outcome of this TICAD 8.

Building upon this Noguchi Prize, I am confident that the laureates will also continue to contribute to improving health as well as welfare of the people living in Africa, thereby leading to that of all humanity.

I would like to conclude my remarks by reiterating my heartfelt congratulations and respect to the great achievements that each of you has accomplished.”