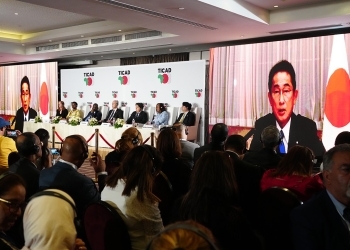 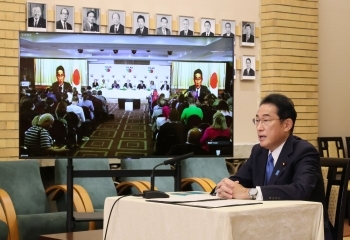 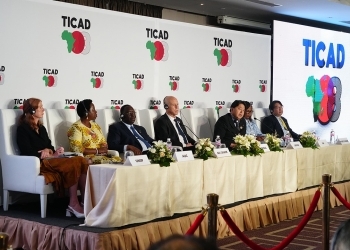 I am pleased that TICAD 8 has come to a successful conclusion in Tunisia as the first TICAD conference to be held since the outbreak of COVID-19, and as the second TICAD to be held in Africa.

I also appreciate from the bottom of my heart the many condolences expressed by so many of you on the passing of the late Prime Minister Abe.

Through TICAD 8, I was able to feel the vitality of Africa, where we expect dynamic growth. I also feel that it is important for Japan to grow together with Africa, as Africa grows with dynamic power.

At the same time, it is true that a series of contradictions of the global economy, such as inequality and environmental problems, are concentrated in Africa at this moment. In addition, we need to urgently deal with issues such as the food crisis caused by Russian aggression against Ukraine and unfair and opaque development finance.

Japan aspires to be a “partner growing together with Africa.” Japan contributes strongly to the development of Africa by overcoming challenges in Africa together with Africa. By doing so, Japan learns and grows too. Japan, as a partner, takes an approach which focuses on “people.” I have explained these ideas and received support from many African leaders. This also embodies the concept of “new form of capitalism” that I have proposed.

The US$30 billion as the sum of public and private financial contributions, which I announced during this conference, focuses on investment in people and quality of growth and aims for a resilient and sustainable Africa while solving various problems faced by the African people.

In particular, Japan is going to take the following measures to realize further development in Africa.
First, the launch of the US$4 billion “Japan’s Green Growth Initiative with Africa” to improve the quality of people’s lives.
Second, an “investment fund for startups” of over 10 billion Japanese yen provided by the Japanese business community to support the entrepreneurship of energetic young people.
Third, human resource development of 300,000 professionals who will support the future of Africa.
Fourth, the support of up to US$5 billion provided through cooperation with the African Development Bank for the comprehensive development of the private sector.
Fifth, a new contribution of up to US$1.08 billion for the Global Fund for tackling infectious diseases.
Sixth, food assistance of US$130 million for building resilient and sustainable societies, aimed at defending people’s lives as they face rising food and energy prices, as well as the co-financing of a US$300 million loan for the African Emergency Food Production Facility of the African Development Bank.

Through these measures, working together with Africa, Japan will contribute vigorously to African development, based on African ownership.

It is important to revitalize the international flow of people to proceed with various initiatives. Japan has recently reviewed its Travel Advice and Warning on Infectious Diseases for countries and regions with low numbers of COVID-19 infections, including many African countries. Furthermore, we will gradually ease our border control measures so that entry into Japan will become as smooth as it is in other G7 countries.

Although TICAD 8 came to an end today, what is important is the concrete actions that will follow the discussions we had in this meeting. TICAD is a living process and I intend for us to move forward together, for the further development of Africa.

I look forward to welcoming African participants to Japan in 2025. Thank you very much.