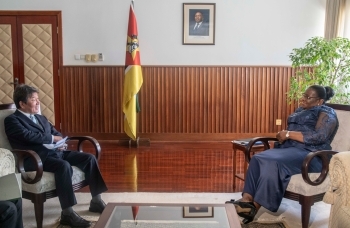 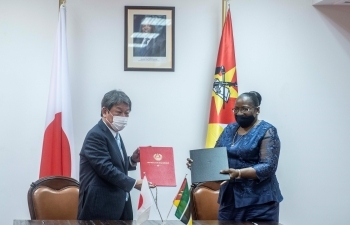 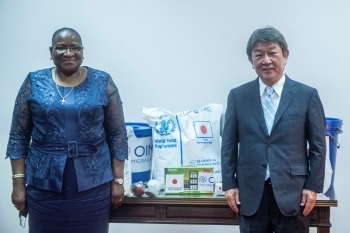 On December 11, commencing at around 11:00 a.m. (local time; 6:00 p.m. JST) for approximately one and a half hours, Mr. MOTEGI Toshimitsu, Minister for Foreign Affairs of Japan, who was visiting Mozambique, held a Japan-Mozambique Foreign Ministers’ Meeting and a working lunch with H.E. Ms. Verónica Nataniel MACAMO Dlhovo, Minister of Foreign Affairs and Cooperation of the Republic of Mozambique, for approximately 1 hour. The overview is as follows.