The 24th ASEAN Plus Three (Japan-China-Republic of Korea) Summit 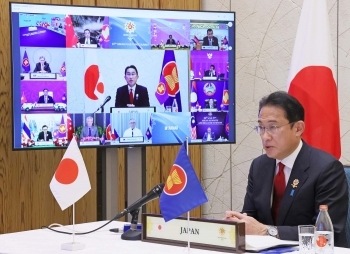 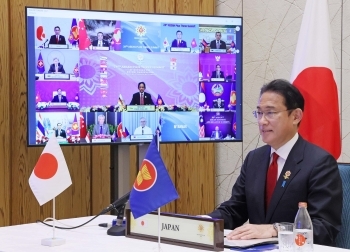 On October 27, commencing at 4:00 p.m. for 1 hour and 20 minutes, Mr. KISHIDA Fumio, Prime Minister of Japan, attended the 24th ASEAN Plus Three (Japan-China-Republic of Korea) Summit (Chair: His Majesty Sultan Haji Hassanal Bolkiah of Brunei Darussalam), held via video conference. An overview of the meeting is as follows.

1. Support for Response to COVID-19

At the outset, Prime Minister Kishida stated the following.

2. Review and Future Direction of ASEAN Plus Three Cooperation

3. From the ASEAN side

In response, the ASEAN side expressed their gratitude for the support from Japan, China, and the Republic of Korea for ASEAN’s response to COVID-19 including the provision of medical supplies and vaccines, and Japan's support for the establishment of the ASEAN Centre for Public Health Emergencies and Emerging Diseases. Several countries expressed their expectations for the operationalization of regional medical reserves to respond to future public health crises and for further cooperation in vaccine development, production and procurement. They emphasized the importance of enhancing regional cooperation, including the early entry into force of the RCEP Agreement, to achieve a sustainable recovery from COVID-19.

North Korea launched ballistic missiles this month and the peace and security of the region and international community are under threat. The full implementation of the United Nations Security Council resolutions, including addressing “ship-to-ship transfers”, is essential to achieve the complete, verifiable, and irreversible dismantlement (CVID) of all weapons of mass destruction and ballistic missiles of all ranges of North Korea. Japan asks for the continued understanding and cooperation of all countries towards the immediate resolution of the abductions issue.

In response, several countries emphasized the importance of the denuclearization of the Korean Peninsula.