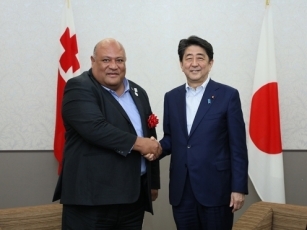 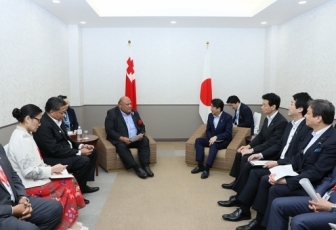 On May 19, commencing at 4:50 p.m. for approximately 15 minutes, Mr. Shinzo Abe, Prime Minister of Japan, received a courtesy call from the Hon. Semisi Kioa Lafu Sika, Deputy Prime Minister and Minister for Infrastructure and Tourism of the Kingdom of Tonga, who is staying in Iwaki City, Fukushima Prefecture, to attend the 8th Pacific Islands Leaders Meeting (PALM8). The overview is as follows.

Page Top
Back to Japan-Tonga Relations