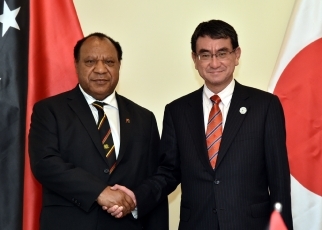 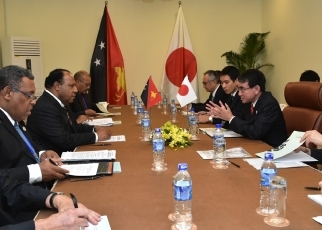 On November 7, commencing at 6:30 p.m. for approximately 30 minutes, Mr. Taro Kono, Minister for Foreign Affairs, held a meeting with the Hon. Rimbink Pato, Minister for Foreign Affairs and Trade of the Independent State of Papua New Guinea (PNG) on the margins of the Viet Nam - APEC (Asia-Pacific Economic Cooperation) Ministerial Meeting. The overview of the meeting is as follows.