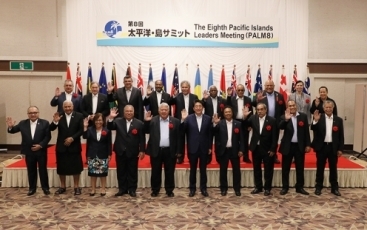 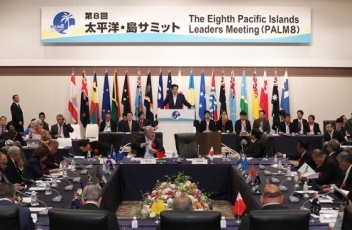 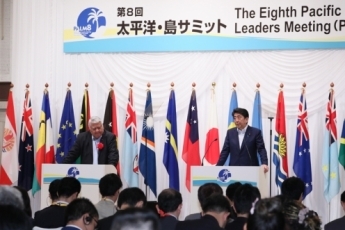 (1) The Eighth Pacific Islands Leaders Meeting (PALM8) was held with Prime Minister Abe and Prime Minister Tuilaepa of Samoa as the co-chairs in Iwaki, Fukushima, Japan on 18 and 19 May 2018at Spa Resort Hawaiians. PALM8 was held under the theme "We are Islanders - Partnership Towards Prosperous, Free and Open Pacific" and leaders participated from 19 countries and regions including Japan, 14 island countries, New Zealand, and Australia, and in addition, the two regions of New Caledonia and French Polynesia which participated for the first time.

(2) At PALM8, discussions were conducted centered on the four agenda items of (i) a maritime order based on the rule of law, and sustainable oceans, (ii) resilient and sustainable development, (iii) connecting Pacific citizens, and (iv) cooperation in the international arena. The PALM8 Leaders' Declaration was adopted as the outcome of the discussions (Summary).

(3) The key points of PALM8 were the following four points.

2 Overview of Each Session 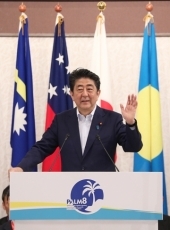 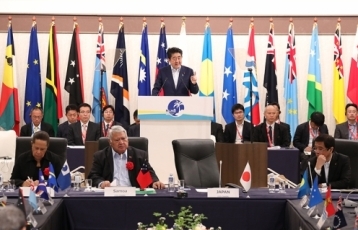 Photo: Cabinet Public Relations Office
Prime Minister Abe gave a keynote speech about Japan's diplomacy with respect to the Pacific island countries, which is focused on the ocean.

(3) Second Session (Maritime Order based on the Rule of Law, and Sustainability of Ocean Resources)

(4) Third Session (Strengthening the Basis for Resilient and Sustainable Development)

Samoa expressed gratitude to each country, in particular Japan, for the success of PALM8, and stated that it intended to further strengthen the partnership between Japan and the Pacific island countries.

Prime Minister Abe stated that the fourth Ministerial Interim Meeting would be held in approximately 18 months in order to follow-up on the outcomes of PALM8 appropriately and discuss the direction of policies for PALM 9. Furthermore, Prime Minister Abe stated that he intended to pursue the possibility of holding the Ministerial Interim Meeting in a Pacific island country, and stated that he intended to maintain and strengthen dialogue at the leader level. Finally Prime Minister Abe reaffirmed his determination for Japan and the Pacific island countries to build a partnership together for a new era based on the PALM8 Leaders' Declaration and ensure a prosperous, free and open Pacific together, and then he declared the Eighth Pacific Islands Leaders Meeting closed. 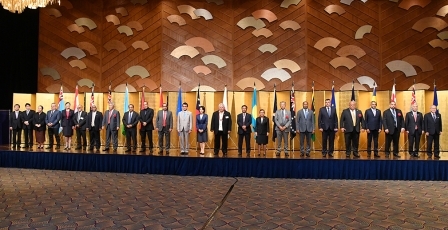 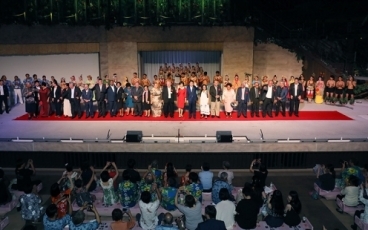