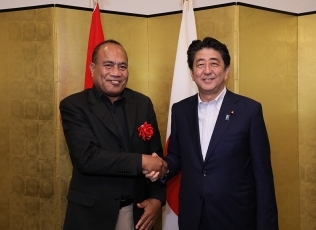 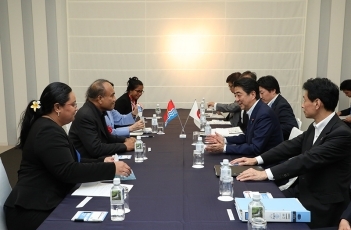 On May 18, commencing at 4:05 p.m. for approximately 20 minutes, Mr. Shinzo Abe, Prime Minister of Japan, held a summit meeting with H.E. Taneti Maamau, President of the Republic of Kiribati, during his stay in Iwaki City to attend the Eighth Pacific Islands Leaders Meeting (PALM 8). The overview of the meeting is as follows.

Page Top
Back to Japan-Kiribati Relations