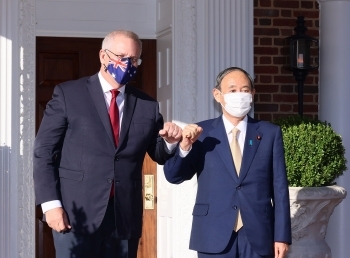 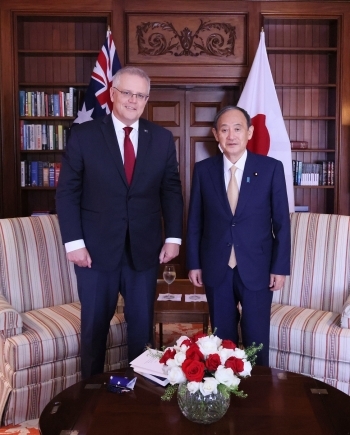 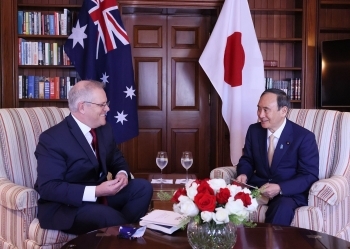 On September 24, commencing at 8:35 a.m. local time (at 21:35 p.m. JST) for approximately 70 minutes, Mr. SUGA Yoshihide, Prime Minister of Japan, held a Summit meeting over breakfast with the Hon Scott Morrison, MP, Prime Minister of the Commonwealth of Australia, in the United States, during his visit to attend Japan-Australia-India-U.S. Leaders’ Conference. The overview of the meetings is as follows. Approximately the last 10 minutes of the meeting was held only between the two leaders.