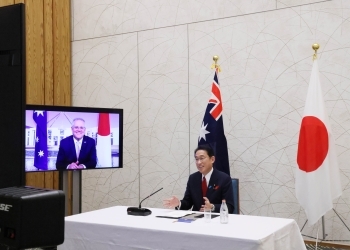 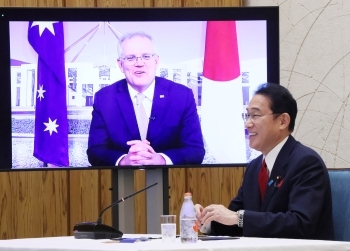 On October 5, commencing at 11:00 a.m. for approximately 20 minutes, Mr. KISHIDA Fumio, Prime Minister of Japan, held a leaders video teleconference meeting with the Hon Scott Morrison, MP, Prime Minister of the Commonwealth of Australia. The overview of the meeting is as follows.