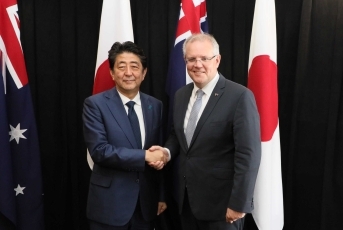 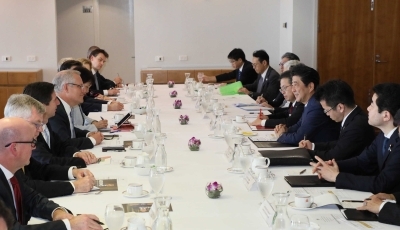 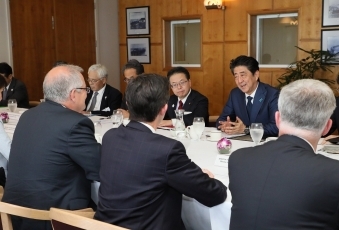 Photo: Cabinet Public Relations Office
On Friday, November 16, commencing at 3:40 p.m. (3:10 p.m. Japan time) for approximately 1 hour and 40 minutes, Mr. Shinzo Abe, Prime Minister of Japan, who is visiting the Commonwealth of Australia, held a meeting with the Hon. Scott Morrison, Prime Minister of the commonwealth of Australia. The overview of the meeting is as follows. The leaders held a meeting accompanied only by their interpreters for the first 15 minutes. This was followed by a plenary meeting.