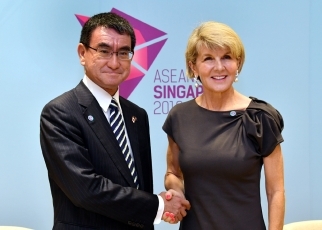 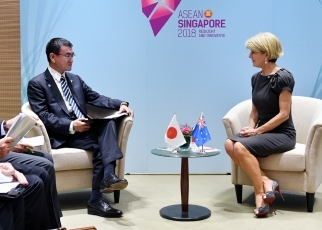 On August 3, commencing at 11:30 a.m. for approximately 40 minutes, Mr. Taro Kono, Minister for Foreign Affairs, who is visiting Singapore to attend Association of Southeast Asian Nations (ASEAN)-related Foreign Ministers' Meetings, held a' meeting with the Hon Julie Bishop, MP, Minister for Foreign Affairs of the Commonwealth of Australia, who is staying in Singapore. The overview of the meeting is as follows.