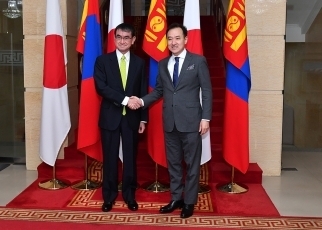 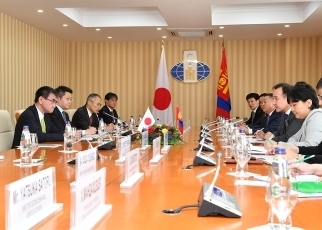 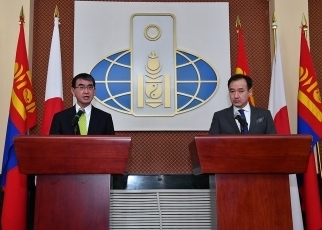 The two ministers welcomed the recent signing of the Memorandum of Cooperation between Japan and Mongolia which will facilitate smooth cooperation between the two countries when making use of the new status of residence of “Specified Skilled Worker” in Japan. In addition, the two ministers agreed to further expand people-to-people exchanges between the two countries, through  the 2020 Tokyo Olympics and Paralympic Games, including using the “host town” system being implemented by local governments.

The two ministers welcomed the exchange of notes on June 11 for grant aid of up to a total of 390 million yen for “The Project for Human Resource Development Scholarship,” a project to support young Mongolian government officials to study in Japan, and confirmed their continued cooperation in the development of human resources in Mongolia.
In addition, the two ministers welcomed the opening ceremony of the Japan-Mongolia Teaching Hospital, the first university hospital in Mongolia, to be held in the afternoon of June 16, and confirmed that the two countries will continue to cooperate in improving the medical environment of Mongolia.