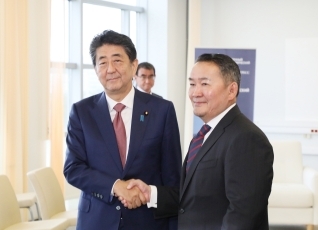 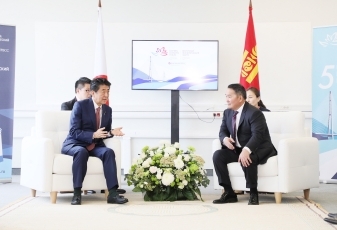 On September 5, commencing at around 11:25 a.m. (local time) for approximately 35 minutes, Mr. Shinzo Abe, Prime Minister of Japan, on his visit to Vladivostok, Russian Federation to attend the Eastern Economic Forum, held a Summit meeting with H.E. Mr. Khaltmaa Battulga, President of Mongolia. The overview of the meeting is as follows.