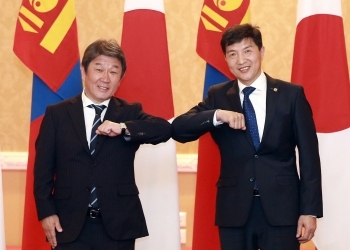 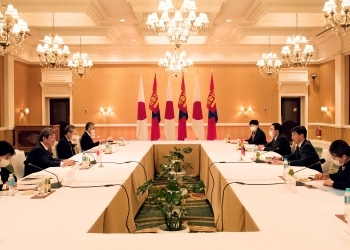 On October 9, commencing at around 5:30 p.m. (local time; around 6:30 p.m. Japan time), for approximately 2 hours, Mr. MOTEGI Toshimitsu, Minister for Foreign Affairs of Japan, who is  visiting Mongolia, held a Japan-Mongolia Foreign Ministers' Meeting with H.E. Mr. Nyamtseren ENKHTAIVAN, Minister for Foreign Affairs of Mongolia. This was followed by the signing ceremony for an exchange of notes on the "COVID-19 Crisis Response Emergency Support Loan" (approximately 10 minutes) and a joint press occasion (approximately 15 minutes). The overview of the events is as follows.

(3) Cooperation in the regional and international arenas 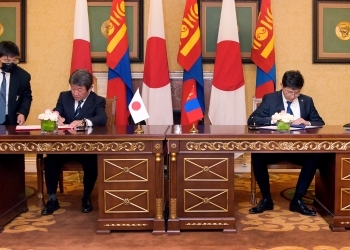 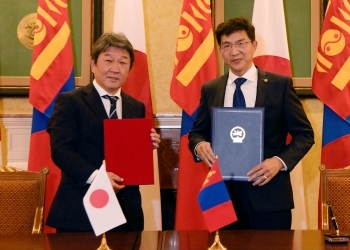 Following the Japan-Mongolia Foreign Ministers' Meeting, the two ministers signed the exchange of notes on the provision of an emergency support loan of 25 billion yen aimed at providing support to Mongolia, whose economy has been adversely affected by COVID-19.