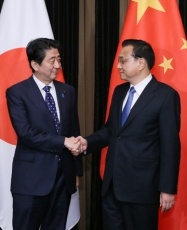 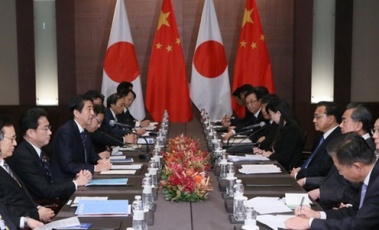 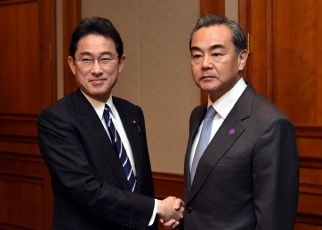 Japan's Prime Minister Shinzo Abe, who was visiting Seoul, Republic of Korea to attend the Sixth Japan-China-ROK Trilateral Summit Meeting, had a meeting with Mr. Li Keqiang, Premier of the State Council of the People's Republic of China on Sunday, November 1, commencing at around 6:30 p.m. for approximately one hour. The overview of the meeting is as follows.

At the meeting, the two leaders shared the view that Japan and China had a major responsibility for the peace and prosperity of the region and the international community, and that it was needed to add momentum to the current trend of the improvement of the Japan-China relationship. The two leaders identified the following points as the basic direction of further improvement based on the ''Mutually Beneficial Relationship based on Common Strategic Interests.'' (Note: The wording of the following points is not negotiated between Japan and China. They are the points of convergence about the general direction the two countries would take.)

(i) Adopt positive policies reciprocally, and jointly promote the improvement of the relationship.
(ii) Address issues of concern based on past agreements between Japan and China.
(iii) In particular, translate a commitment in the 2008 Joint Statement to be ''partners who cooperate together and are not threats to each other'' into concrete policies.
(iv) Further strengthen exchanges and cooperation in the economic fields and other areas.

The two leaders also concurred on the following points as specific outcomes of this meeting.

In addition, the two leaders expressed their views on various issues and problems between the two countries and carried out a frank exchange of views.

Ahead of the Summit Meeting, Japan's Foreign Minister Fumio Kishida had a meeting with China's Foreign Minister Wang Yi on the same day, November 1, commencing at around 7:45 a.m. for approximately one hour. The two foreign ministers had a frank exchange of views on the way to further improve the Japan-China relationship and prepared for the Summit Meeting that followed.