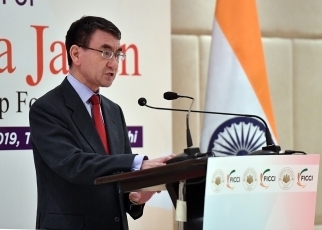 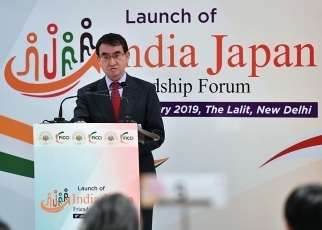 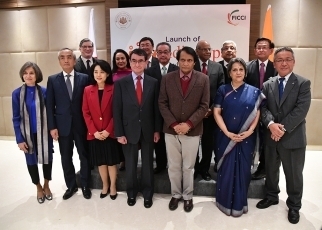 At the beginning, Minister Kono gave remarks and welcomed the establishment of the IJFF, which is composed of leading experts and business leaders in India. He also stated that he looked forward to further promotion and deepening of people-to-people and cultural exchanges between the two countries.

(Footnote) India Japan Friendship Forum (IJFF)
The IJFF is chaired by Ms. Deepa Gopalan Wadhwa, former Ambassador of India to Japan, and is composed of experts and business leaders. It aims to promote mutual understanding between India and Japan through arts, culture and intellectual exchanges, enhance understanding of Japan in India, and encourage more people-to-people exchanges between Japan and India.