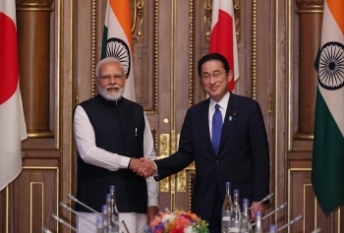 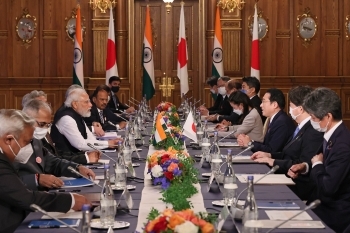 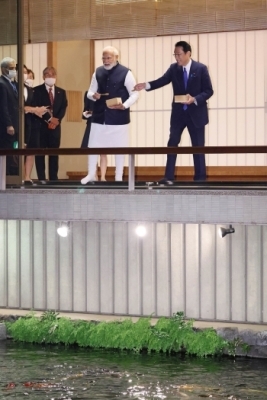 On May 24, commencing at 6:20 p.m. for approximately 70 minutes, Mr. KISHIDA Fumio, Prime Minister of Japan, held a Japan-India Summit Meeting with H.E. Mr. Narendra Modi, Prime Minister of India, who was visiting Japan to attend a QUAD (Japan-Australia-India-U.S.) Leaders' Meeting. The Summit Meeting was followed by a dinner meeting, which started at 7:44 p.m. for approximately 50 minutes. The overview of the two meetings is as follows.