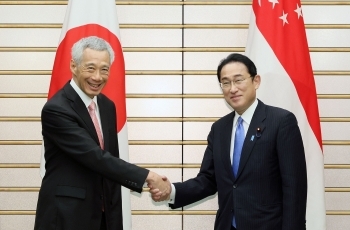 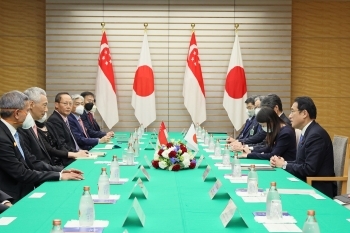 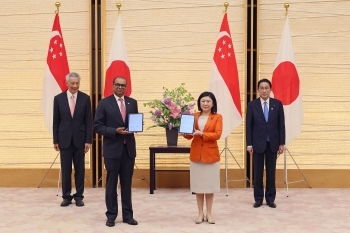 On May 26, commencing at 8:20 p.m. for 45 minutes, Mr. KISHIDA Fumio, Prime Minister of Japan, held a Summit Meeting with H.E. Mr. Lee Hsien Loong, Prime Minister of the Republic of Singapore, which was followed by a ceremony for the exchange of notes signed between the two countries from 9:10 p.m. The overview of the meeting and ceremony is as follows. The meeting and ceremony were also attended by officials including Minister for Digital MAKISHIMA Karen and Deputy Chief Cabinet Secretary ISOZAKI Yoshihiko.