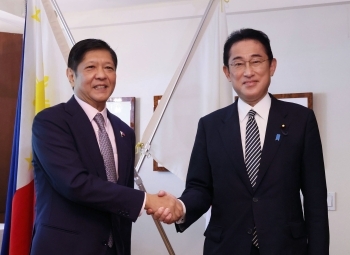 On September 21, commencing at 1:10 p.m. (local time) for approximately 55 minutes, Mr. KISHIDA Fumio, Prime Minister of Japan, who is visiting New York to attend the United Nations General Assembly, held a working lunch with His Excellency Ferdinand R. Marcos, Jr., President of the Republic of the Philippines. The overview of the working lunch is as follows: