Her Majesty's art and music 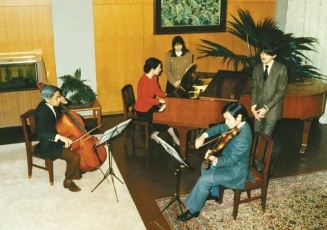 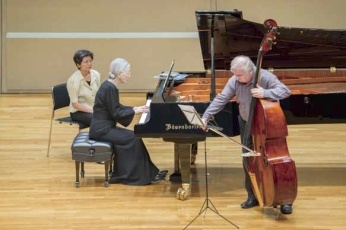 Empress Michiko has an extensive interest in art, and is particularly well-read in Japanese classical literature. She has kept up Her interest in children’s literature and contributed to that field Herself. Hajimete no Yamanobori (My First Mountain), a picture book for which the Empress wrote the story, was published in 1991.Empress Michiko has also made contributions in the field of translation. She has translated 80 poems of Michio Mado, known for his poems for children, and those translations were published.On the basis of those poems translated by the Empress, Michio Mado was awarded the Hans Christian Andersen Prize for Literature by the International Board on Books for Young People (IBBY) in 1994, becoming the first recipient from Asia. For the 26th Congress of the IBBY convened in New Delhi, India, in 1998, the Empress, at the request of IBBY, made a keynote speech which was delivered via video. In response to many requests, the speech was later published in a bilingual book entitled, “Building Bridges---Reminiscences of Childhood Readings.” In 2002, at the invitation of IBBY and the city of Basel in Switzerland, the Empress attended the organization’s Jubilee Congress in Basel as one of the three patrons and delivered a congratulatory address at its opening ceremony. This was published as a book titled, “From Basel---to those who bring books and children together.”

In October 2005, Ayumi (Steps), a book compiling Her Majesty’s remarks on various occasions, replies at press conferences and waka poems, was published. The book was published bilingually, in Japanese and in English.

The Empress is fond of music. She plays the piano and is a good accompanist to the Emperor, who plays the cello and to Crown Prince Naruhito, who plays the viola and violin. When She finds time, She enjoys playing in a small chamber ensemble with Her musician friends. Every summer, Her Majesty participates in the annual Kusatsu International Summer Music Academy and Festival, practicing ensemble performance by playing to the accompaniment of musicians coming from many parts of the world. The Empress also gives encouragement and support to Gagaku, classical court music and dance, often attending the performances by court musicians and dancers, some of whom are descendants of former aristocrats.