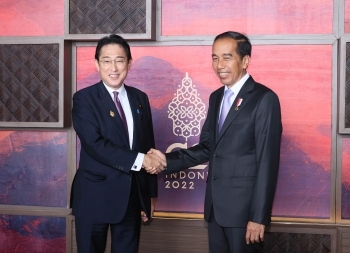 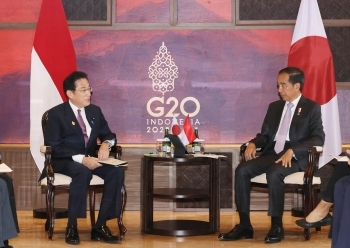 On November 14, Mr. KISHIDA Fumio, Prime Minister of Japan, who is visiting Indonesia to attend the G20 Bali Summit, held a summit meeting with His Excellency Mr. Joko Widodo, President of the Republic of Indonesia, for about 30 minutes from 1:40 p.m.. The two leaders issued a joint announcement on Asia Zero Emission Community Concept after the meeting. The overview of the talk is as follows: