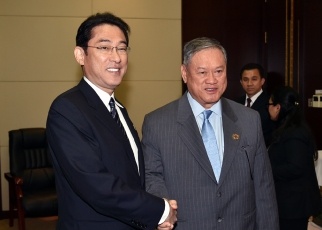 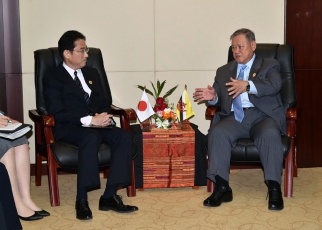 1. At the beginning, Minister Kishida explained that he hopes to cooperate with Minister Lim as co-chairs of the Japan-ASEAN Foreign Ministers’ Meeting, and intends to strengthen coordination with Brunei, which is the coordinating country for Japan, in order to advance not only Japan-Brunei relations but also Japan-ASEAN relations. In response, Minister Lim stated that Japan is one of ASEAN’s oldest partners, and expressed gratitude for the many contributions Japan has made to the development of ASEAN member countries. Minister Lim also thanked Minister Kishida for Japan’s cooperation in the field of people-to-people exchanges in particular, and explained that as the coordinating country for Japan, Brunei wants to keep working closely with Japan.