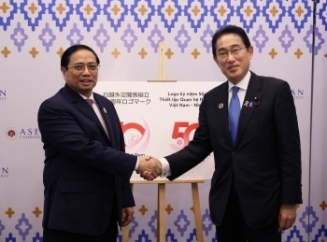 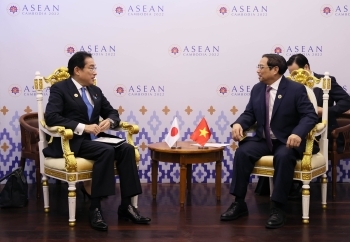 On November 13, commencing at 8:35 a.m. for approximately 25 minutes, Mr. KISHIDA Fumio, Prime Minister of Japan, who was on a visit to the Kingdom of Cambodia, held a Summit Meeting with H.E. Mr. PHAM Minh Chinh, Prime Minister of the Socialist Republic of Viet Nam. The summary of the meeting is as follows. Deputy Chief Cabinet Secretary ISOZAKI Yoshihiko and others attended the meeting.