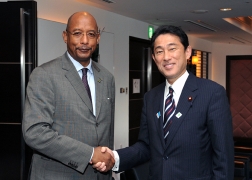 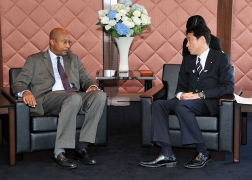 On June 2, for 15 minutes from 4:30pm, Foreign Minister Fumio Kishida had a meeting with Dr. Ibrahim Assane Mayaki, Chief Executive Officer of NEPAD (New Partnership for Africa’s Development) Planning and Coordinating Agency, in Yokohama. The following is the gist of the meeting. Dr. Mayaki is visiting Japan to participate in the 5th Tokyo International Conference on African Development (TICAD V) held from June 1 to June 3.