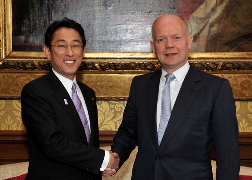 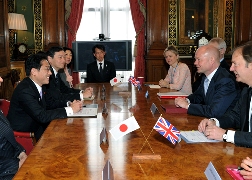 Minister for Foreign Affairs Fumio Kishida held a talk with Rt. Hon. William Hague, Secretary of State for Foreign and Commonwealth Affairs of the United Kingdom, at the U.K. Foreign & Commonwealth Office for approximately an hour and 40 minutes from 9 a.m. on April 10 (Wednesday local time) during his stay in London to attend a meeting of the Foreign Ministers of the Group of Eight (G8).

An outline of their meeting is as follows: