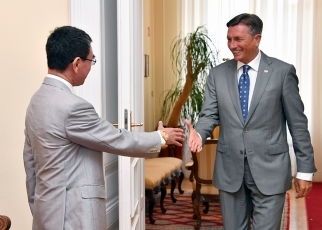 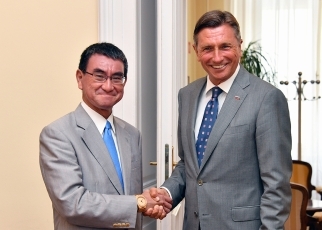 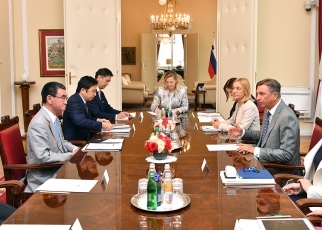 On August 14th, commencing at 10:05 a.m. for approximately 30 minutes (local time, 5:05 p.m. on August 14th, Japan time), Mr. Taro Kono, Minister for Foreign Affairs, paid a courtesy call on H.E. Dr. Borut PAHOR, President of the Republic of Slovenia, during his visit to Ljubljana, Slovenia. The overview of the meeting is as follows.

1. While President Pahor welcomed Minister Kono’s visit to Slovenia at the beginning, Minister Kono expressed his pleasure of becoming the first Minister for Foreign Affairs of Japan to visit Slovenia, stating that he felt to be honored to be able to meet President Pahor.

2. Minister Kono and President Pahor shared the view to cooperate toward further strengthening economic relations and expansion of exchanges, welcoming the recent development of Japan-Slovenia relations in various fields including political dialogues, economy and investment and science and technology.

Page Top
Back to Japan-Slovenia Relations