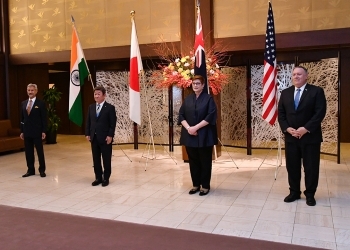 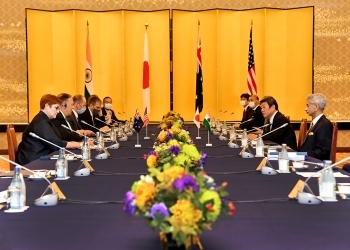 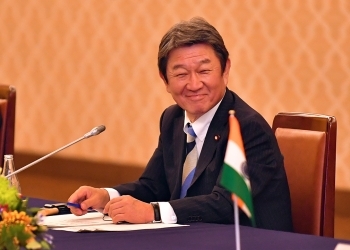 On October 6, commencing at 5:15 p.m. for approximately 3 hours, Mr. MOTEGI Toshimitsu, Minister for Foreign Affairs, chaired the Second Japan-Australia-India-U.S. Foreign Ministers’ Meeting and dinner with Senator the Hon Marise Payne, Minister for Foreign Affairs of the Commonwealth of Australia, H.E. Dr. Subrahmanyam Jaishankar, External Affairs Minister of India, and The Honorable Mike Pompeo, Secretary of State of the United States, who are visiting Japan. The overview of the meeting and the dinner is as follows: