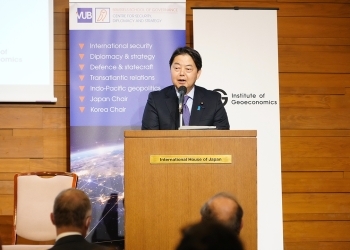 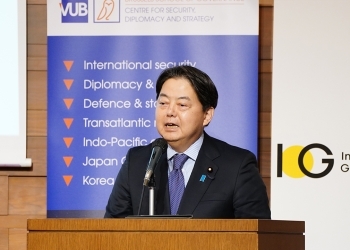 On 24 October, Mr. HAYASHI Yoshimasa, Minister for Foreign Affairs of Japan, attended a seminar held in International House of Japan to mark the official launch of the Japan Chair at the Centre for Security, Diplomacy and Strategy (VUB-CSDS).

Minister Hayashi gave a speech and congratulated the VUB-CSDS, a leading think tank in Europe, on the establishment of the Japan Chair. Referring to Russia's aggression against Ukraine, he noted that the security of Europe and the Indo-Pacific region cannot be discussed separately and that strengthening cooperation with partner countries is important. He also expressed his hope that the Japan Chair will serve as a major hub of Japan studies and will communicate to the global policy community about potential for Japan's international contributions and cooperation.