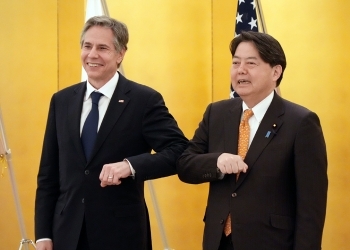 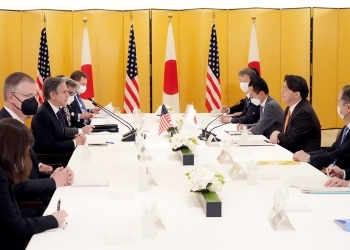 On May 23, commencing at 5:50 pm, for about 40 minutes, Mr. HAYASHI Yoshimasa, Minister for Foreign Affairs of Japan held a Foreign Ministers’ Meeting with the Honorable Antony Blinken, Secretary of State of the United States of America, who was visiting Japan. The overview of the meeting is as follows.