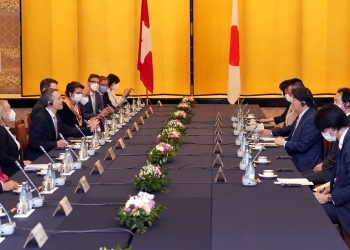 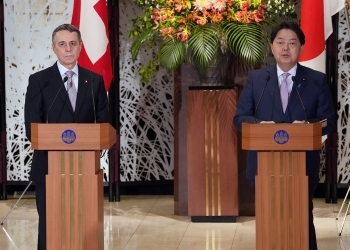 On April 18, commencing at 7:05 p.m., Mr. HAYASHI Yoshimasa, Minister for Foreign Affairs of Japan, held a meeting and working dinner with H.E. Mr. Ignazio Cassis, President and Head of the Federal Department of Foreign Affairs of the Swiss Confederation, who is visiting Japan, for approximately 130 minutes. The overview of the meeting is as follows.