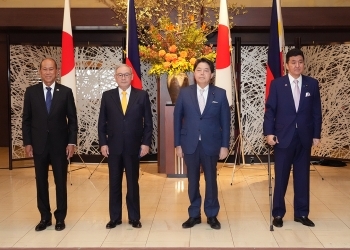 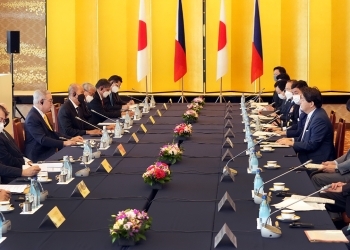 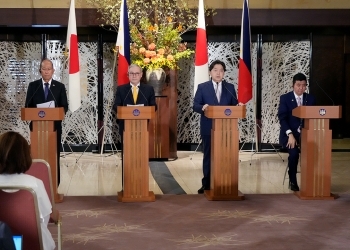 On April 9, Mr. HAYASHI Yoshimasa, Minister for Foreign Affairs of Japan, and Mr. KISHI Nobuo, Minister of Defense of Japan, held the first Japan-Philippines Foreign and Defense Ministerial Meeting (“2+2”) with Hon. Teodoro L. Locsin Jr., Secretary of Foreign Affairs of the Republic of the Philippines, and Hon. Defin. N. Lorenzana, Secretary of National Defense of the Republic of the Philippines, for about 90 minutes from 10:00 a.m. in an in-person format in Tokyo. The Joint Statement was released after the meeting. The overview of the talk is as follows:

The four ministers welcomed convening the first-ever “2+2” between Japan and the Philippines. The four ministers also affirmed the commitment to further strengthening the coordination in response to regional and international issues as well as cooperation toward the realization of a “Free and Open Indo-Pacific,” as Strategic Partners sharing fundamental values and strategic interests as neighbouring maritime nations.

4. Cooperation in the International Arena