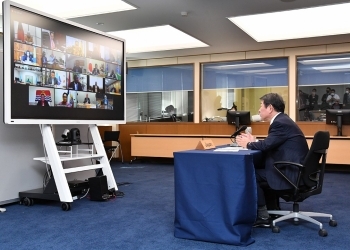 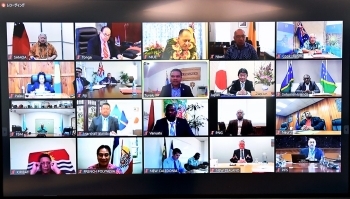 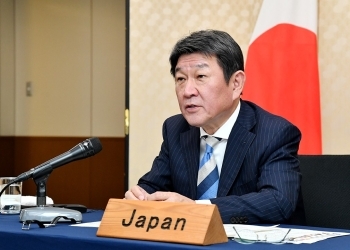 On October 20, commencing at 12:00 p.m. for approximately 2 hours, the Ministerial Interim Meeting of the Pacific Islands Leaders Meeting (PALM) was held by videoconference. Mr. MOTEGI Toshimitsu, Minister for Foreign Affairs of Japan, co-chaired the meeting with the Hon. Simon KOFE, Minister of Justice, Communications and Foreign Affairs of Tuvalu. The overview of the meeting is as follows;

2. In response, the PIF members expressed deep appreciation for Japan’s steady implementation of its commitments and provision of assistance to Pacific Island countries in the areas of the pillars of cooperation expressed in PALM8: free, open and sustainable maritime order, resilient and sustainable development and human resource development, and people-to-people exchange.

3. The Ministers exchanged views on cooperation in international fora, including issues related to North Korea, and shared the intent for continued close coordination between Japan and Pacific Island countries. In connection, Minister MOTEGI sought continued understanding and cooperation for the early resolution of the abductions issue.

4. The Ministers exchanged views on the vision and priorities for PALM9, to be held in 2021, and confirmed continued close cooperation toward the successful meeting. The Chairs’ Summary (English (PDF)