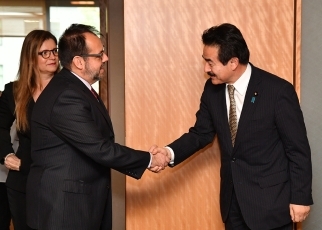 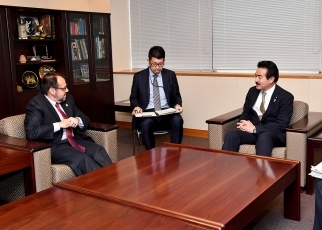 1. At the beginning, State Minister Sato welcomed Minister Mora’s second visit to Japan following the last year’s visit, and stated that he would like to continue to work to strengthen bilateral relations centered on economic areas. In addition, State Minister Sato stated that in order to further promote Japanese investment in Costa Rica and develop bilateral economic exchange, he expressed Japan’s willingness to coordinate toward holding a preparatory meeting on a bilateral investment treaty between Japan and the Republic of Costa Rica.

2. In response, Minister Mora stated that Costa Rica is geographically situated such that it can be a hub for Japanese business development not only for Central America, but also North America and the Latin American and Caribbean region, and that he would like to have cooperation between Japan and Costa Rica for promotion of bilateral economic relations and for the international free trade architecture. In addition, he also expressed the readiness to begin negotiations toward an bilateral investment treaty with Japan.