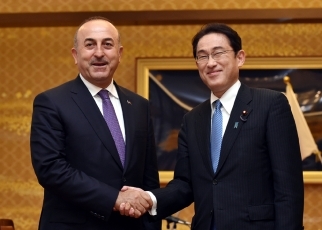 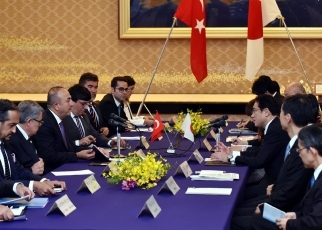 2. Mr. Kishida welcomed the visit of Minister Cavusoglu, who is one of the most Japanophile person of the Turkish political circle. Mr. Kishida stressed his intention to build a wide and multitiered relationship between the two countries and to renew both countries’ mutual understanding with the basis of the each other’s historical friendship. Also, the ministers confirmed the importance on further advancing interaction betweenauthorities, parliaments and intellectuals.

4. Mr. Cavusoglu mentioned the importance of high level visits to each country and theimportance of early conclusion of negotiations on Japan-Turkey EPA and Agreement on Social Security, for the increase of trade and investment. Mr. Cavusoglu also mentioned about Turkey’s expectation on Japanese companies’ participation to large infrastructure projects, and on recovery of the number of tourists from Japan. Mr. Cavusogluexplained about Turkey’s concerns related to the attempted coup attack from last year.