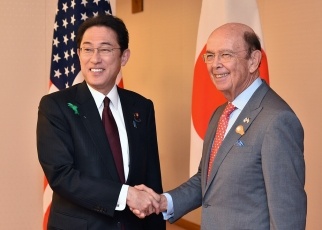 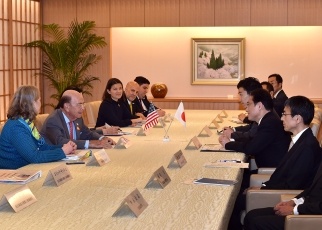 On April 18, commencing at 3:23 p.m. for approximately 30 minutes, Mr. Fumio Kishida, Minister for Foreign Affairs, held a meeting with the Honorable Wilbur Ross, Secretary of Commerce of the United States of America, who is visiting Japan. The overview of the meeting is as follows.

2. In response, Secretary Ross stated that he is pleased to meet Minister Kishida on this occasion, and stated that the future of Japan-U.S. relations is extremely interesting, and he would like to hold constructive discussions on the bilateral relationship and its importance in the region.

3. In addition, Minister Kishida and Secretary Ross shared the view that it will be important to continue to build a cooperative relationship with a focus on Japan-U.S. economic relations.