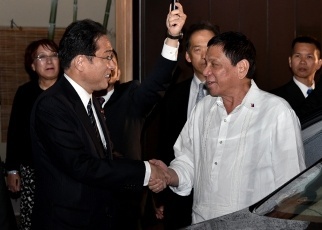 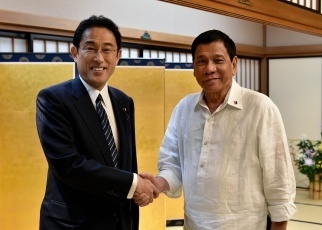 On Tuesday, October 25, commencing at around 8 p.m. for approximately two hours, Mr. Fumio Kishida, Minister for Foreign Affairs, held a dinner meeting with H.E. Mr. Rodrigo R. Duterte, President of the Republic of the Philippines. The overview of the dinner banquet is as follows (participants included Mr. Kiyoshi Odawara, Parliamentary Vice-Minister for Foreign Affairs, for the Japan side and H.E. Mr. Perfecto Yasay, Jr., Secretary of Foreign Affairs, and other ministers in the entourage for the Philippine side).

2. Conversation at the dinner meeting covered the history of friendship between Japan and the Philippines, links between Davao and Japan, regional conditions including the President’s visit to China, and other topics. The meeting took place in a relaxed and friendly atmosphere that enabled frank discussion of thoughts about advancing the relationship between the two countries and other matters.