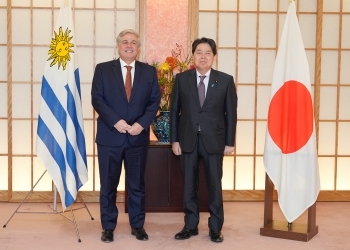 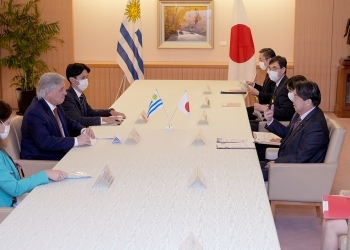 On October 28, commencing at 4:00 p.m. for approximately 40 minutes, Mr. HAYASHI Yoshimasa, Minister for Foreign Affairs, held a meeting with H.E. Mr. Francisco Bustillo Bonasso, Minister of Foreign Affairs of the Oriental Republic of Uruguay, who was accompanying H.E. Mr. Luis Lacalle Pou, President of the Oriental Republic of Uruguay, on his visit to Japan. The overview of the meeting is as follows.