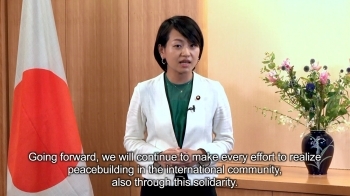 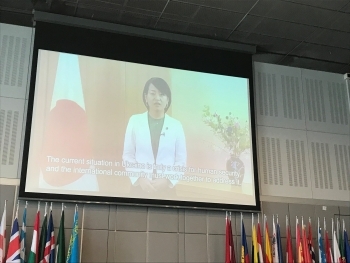 On July 22, at Vienna, where the headquarter of the Oragnization for Security and Co-operation in Europe (OSCE) is located, the OSCE Asian Partners for Co-operation Group Meeting was held in a hybrid format in commemoration of the 30th anniversary of the Japan-OSCE Partnership. Ms. SUZUKI Takako, State Minister for Foregin Affairs, participated in a video-message format in the meeting, as overviewed below.