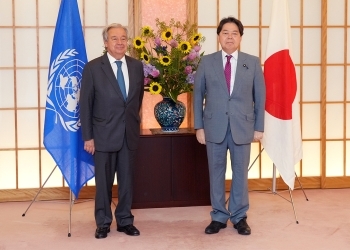 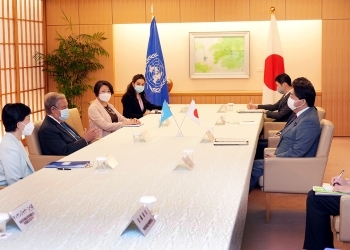 On August 8, commencing at 9:15 a.m. for approximately 25 minutes, Mr. HAYASHI Yoshimasa, Minister for Foreign Affairs of Japan, held a meeting with H.E. Mr. António Manuel de Oliveira Guterres, Secretary-General of the United Nations (UN), on the occasion of his Official Working Visit to Japan. The overview of the meeting is as follows.