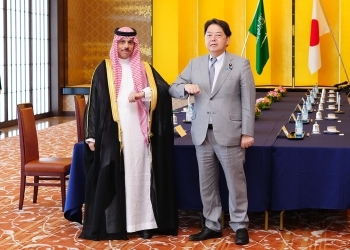 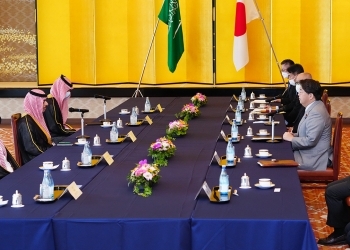 On July 19, commencing at 11:55 a.m. for approximately 95 minutes, Mr. HAYASHI Yoshimasa, Minister for Foreign Affairs of Japan held a meeting and working lunch with H.H. Prince Faisal bin Farhan Al-Saud, Minister of Foreign Affairs of the Kingdom of Saudi Arabia, during his visit to Japan. The overview is as follows.